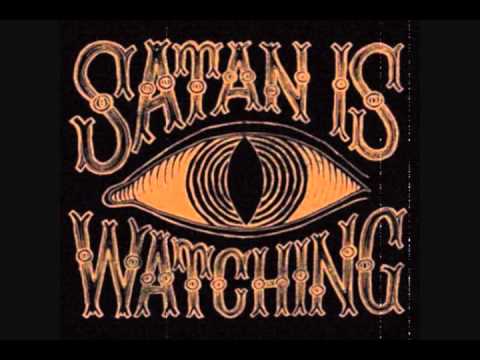 It’s not what you’re likely to hear in church this weekend, but it’s true nonetheless.

Oh, you might hear “this world is evil,” but it seems no one is willing to talk about how it got that way. You might be told to resist the temptations of Satan, yet how often are you reminded that he is powerful, and he is watching?

Does all this talk of Satan make you uncomfortable? It shouldn’t. You must know your enemy in order to battle him. Failure to know the Devil makes it easy to mistake him for the Lord.

And no marvel; for Satan himself is transformed into an angel of light. —2 Corinthians 11:4 (KJV)

Now, someone out there is saying “Hold up! I don’t have to know Satan! I just gotta know Jesus! If I know the real thing I won’t fall for any counterfeits!” And maybe you’d be right, if you were five years old.

See, your mission is more than just “not falling for counterfeits.” You have to predict the enemy’s assaults upon your family (church, community, culture) and fortify the proper defenses. You  have to be prepared to make effective counter-attacks. You’re not a bank teller whose only job is to not accept counterfeit bills, you are Treasury Agent, actively hunting down the counterfeiters.

Wait, what’s that? You’re quoting 2 Chronicles 20:17 at me? Telling me you’re just gonna sit on your lazy ass and let God work it out? Well, I’ve got news for you: unless God specifically spoke to you and told you to knock off work, you’re just hiding your mina in a napkin. Aaron, Eli, Samuel, David–God didn’t just step in and take over the raising of any of their children. Paul didn’t write “God can do all things while I sit back and watch.” No, he wrote “I can do all things through Christ which strengtheneth me.” That’s a pretty big difference.

You can’t win a war when you pretend the enemy doesn’t exist. Every time the Devil dynamites a bridge, you say “Odd that bridge fell down. It certainly looked sturdy–I guess you just can never tell. I better go reinforce my bridge.” Then you go add reinforcements to your bridge while studiously ignoring the fact that a demolition crew is rigging it to blow. No matter how strong you build your bridge, or how many reinforcements you add, it’s still going to eventually collapse if you don’t start shooting at the demolition crew.

Acknowledge the enemy exists, and learn to see him.

For we wrestle not against flesh and blood, but against principalities, against powers, against the rulers of the darkness of this world, against spiritual wickedness in high places. —Ephesians 6:12 (KJV)