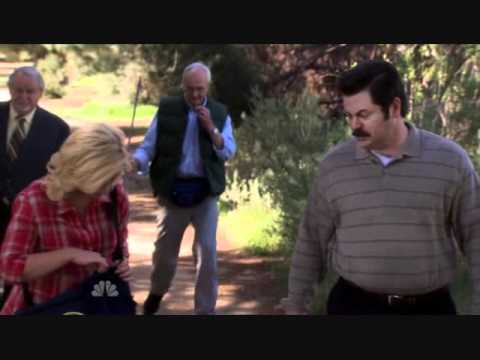 Hipsters. You know the type. Flannel shirt. Skinny Jean. Boots. Glasses. Pabst. Beard. Bicycle. Kids that have never even split wood trying to look vaguely like lumberjacks. Don’t ever become one of these kids. Now, I’m fine with all the items I listed, with the exception of the skinny jeans. There is nothing unmanly about any of the other things. It is not those things that make the hipster unmanly. Rather, the hipster is unmanly despite the accouterments that would seem to link him to groups of manly men.

Manliness doesn’t come from the outside, from the beard you grow or the flannel shirt you put on. It comes out of the inside. That where both the hipsters and the Ron Swanson fans have gone wrong. Ron Swanson is a fictional character from the TV show “Parks and Recreation.” I first started watching the show a couple years ago because people kept telling me I was “like Ron Swanson.” I enjoyed the show for a while, but after taking a several month break from watching anything, I saw a few episodes and realized that Ron Swanson is nothing but a false flag in the culture wars.

Ron is perceived as uber-manly because he believes in small government, wears a mustache, drinks a lot of alcohol, and eats a lot of meat. However, despite his belief in small government he consistently allows his subordinate, Leslie, to create new initiatives of colossal proportions, and even tell him what to do and how to do it. When his ex-wife comes around, he abandons his work and runs for the woods. After a tryst with his ex-wife, he begs his subordinate to break up with her for him. And he throws a hissy fit any time he gets a little hungry. Seriously, this is what the culture thinks masculinity looks like?

Not that there is anything inherently wrong with flannel shirts, or scotch, or sex. But they won’t make you manly.

Do you want to be truly manly? Embrace your place in the hierarchy–under some, above others. Recognize and render the fealty you owe to those above, and the care you owe to those below. Live by the sweat of your brow. Be indebted to no man. Walk with justice and mercy. This is what manliness is. This is what Him who made man has instructed.

Having heard everything, I have reached this conclusion: Fear God and keep his commandments, because this is the whole duty of man. —Ecclesiastes 12:13 (NET)