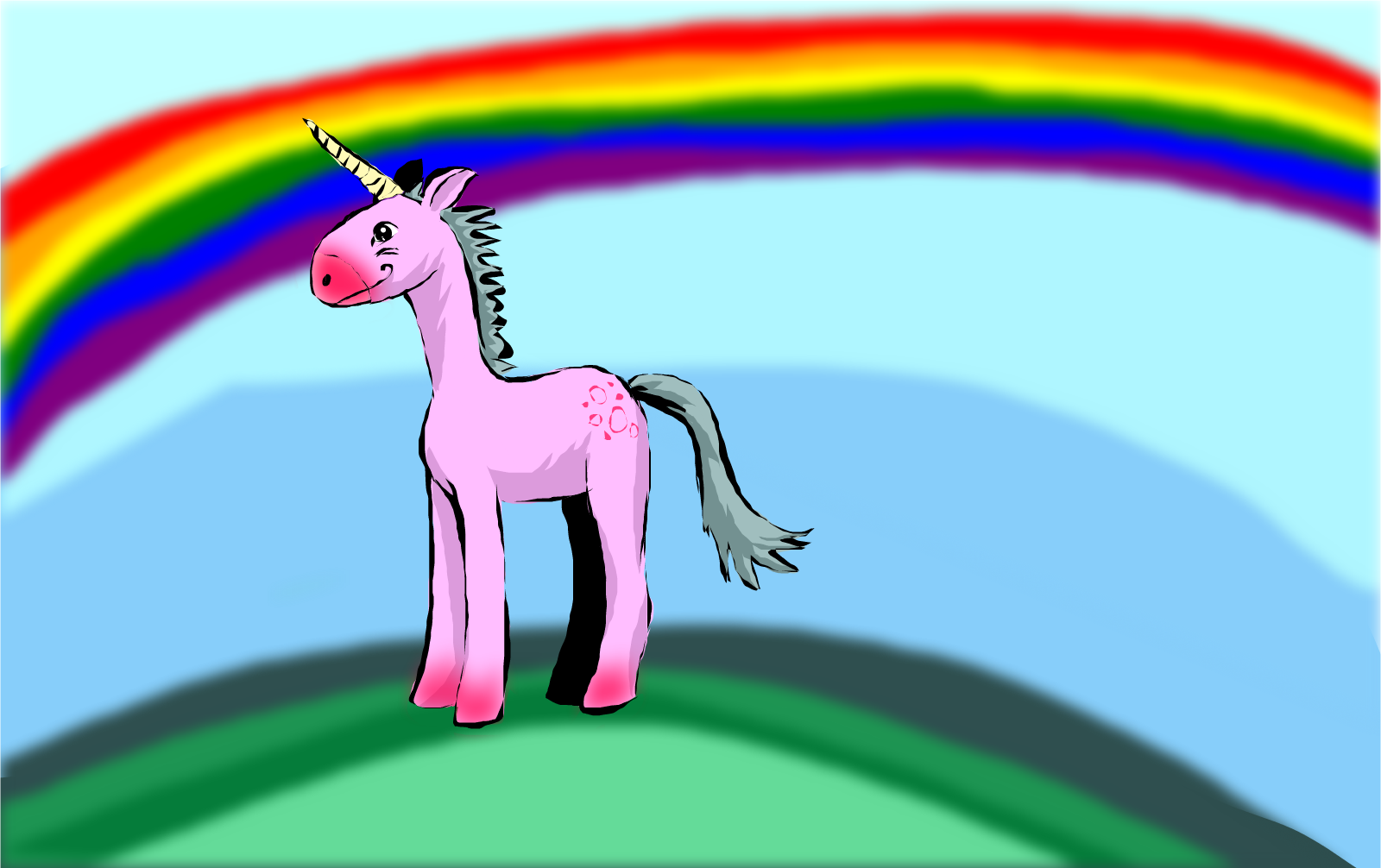 The other day, while on a long layover in Atlanta, I stopped in the airport chapel. Since my Bible was in my checked bag, I grabbed one of the Bibles provided by the Gideons and sat down to read. Now, the Bible I generally read from–a gift from my parents–is an ESV, but this Bible happened to be a KJV. I elected to read some Psalms, and in the 22nd I found this verse:

This grabbed my interest. I searched out all the Bible verses about unicorns, and did a short study. Perhaps one of the most interesting passages was Job 39:9-12, which speaks of the folly of trying to harness a unicorn to a plow and turn him into a farm animal:

Will the unicorn be willing to serve thee, or abide by thy crib? Canst thou bind the unicorn with his band in the furrow? Or will he harrow the valleys after thee? Wilt thou trust him, because his strength is great? Or wilt thou leave thy labour to him? Wilt thou believe him, that he will bring home thy seed, and gather it into thy barn?

As much as you may want to put the strength of the unicorn to work in your fields, you cannot, because it is contrary to his nature. To be harnessed to a plow defies the very being of the unicorn. Even if you declare that you have a right to plow with a unicorn, it doesn’t change the fundamental impossibility of the task. The very essence of the unicorn defies the harness.

This seems to be lost on many today, as they proudly declare the right to bind unicorns to the plow.

And that makes me think about rainbows.

It would seem rainbows have gained immensely in popularity recently. I find it a bit odd. See, the rainbow is a promise of God, but not a glad promise. Rather, it is a solemn and sober promise.

The rainbow signifies that God will not again destroy the world by water. But it signifies more than that. It is a reminder that the world will again be cleansed, not this time by water, but by fire.

The rainbow reminds us that the second cleansing of the earth is fast approaching, and that it will not be a happy day.

The great day of the Lord is near, near and hastening fast; the sound of the day of the Lord is bitter; the mighty man cries aloud there. A day of wrath is that day, a day of distress and anguish, a day of ruin and devastation, a day of darkness and gloom, a day of clouds and thick darkness, a day of trumpet blast and battle cry against the fortified cities and against the lofty battlements. I will bring distress on mankind, so that they shall walk like the blind, because they have sinned against the Lord; their blood shall be poured out like dust, and their flesh like dung. Neither their silver nor their gold shall be able to deliver them on the day of the wrath of the Lord. In the fire of his jealousy, all the earth shall be consumed; for a full and sudden end he will make of all the inhabitants of the earth.

You can’t bind a unicorn to a plow, and you can’t change the inherent meaning of the rainbow. It is a promise of hellfire to all who refuse salvation, a destruction as sure as that of those who refused to enter the Ark.